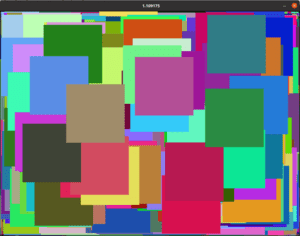 Well you might say, “Don’t many Linux distros have SDL installed so people can play games?” and the answer is yes but not the development files and headers, and that’s what this shows you how to do along with a simple program to test that you can compile and run.

You’ll also need clang or gcc installed but as you can do that with a simple sudo apt install clang, it’s hardly worth a tutorial on its own.

However you also need to install VS Code and the C/C++ extension. Go to the VS Code website, download the Linux x64 version and double click on it to install it. After that from a terminal type code and it’ll appear. You then need to select extensions (5th icon down the left hand side) and pick the Microsoft C/C++ extension and install it.

I’ve added a new tutorial on the Tutorials page How to Install SDL on Linux. That includes a link to a demo file (its just above the screenshot) containing all three source code files and four VS Code configuration files for VS Code.

This program is almost identical to the asteroids_ch25 file (it draws lots of random size and colour rectangles on screen) but has been upgraded for Clang 10 and also what looks like a bug with search paths. There’s an extra line in Tasks.json to include the path to the SDL2 header files or you’ll get a can’t find a particular SDL header error when you compile.

Building code with VS Code is easy to understand once you “get” how the Folder works. I always keep the .vscode folder in there with the four C/C++ JSON configuration files and all source for that whatever it is you are compiling.  In the screenshot below (from WinSCP), you can see the path is /home/david/Projects/Examples and it contains the .vscode folder the three source files and demo which is the compiled code.  In VS Code I opened Examples as the Folder.

The .vscode folder is greyed out because the . means it’s normally hidden. 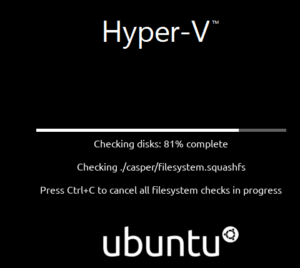 One of the big problems with Hyper-V and Ubuntu in particular is the clipboard or lack of it. I had 18.04 LTS installed with an X Org RDP login. This worked perfectly and I could have a full screen in my Monitor and could copy/paste.  Don’t underestimate copy/paste.

It’s a real PITA if you have to use say WinSCP to copy files over. I think WinSCP is excellent BTW but the amount of labour saving that copy/paste has done since some genius thought it up is immeasurable. That and allowing the full screen of the monitor are two highly important things.

Sadly the 20.04 LTS didn’t seem to allow it. Copy/paste didn’t work between my Windows PC (host) and Ubuntu (guest). There’s nothing worse than losing a feature you’ve grown fond of.

It’s things like this that suggest why Linux Desktop has never been that successful. You can waste many hours getting simple things working and sometimes like Copy/Paste they break between versions. And this is with Ubuntu, probably the biggest and best known and supported Distro.