I estimated that I had accumulated just over 2 TB of my stuff and once I got my new PC setup started the process of moving files across. 2 TB seems a lot but VMs under Hyper-V can easily eat up a few hundred GBs.

Both PCs had a gigabit network card and were plugged into a gigabit switch so what speed did it give me? 11 MB/S. That’s not gigabit speed which would be about 1000 MB/s but closer to 100 Mbs. Trouble was the switch was plugged into a router and I think that pulled things down. I borrowed a crossover cable. Setup both Pcs with static IP and connected them directly. That was much better and it was soon maxing out at 112 MBs.

Windows of course put its spoke in. If you are copying large files- anything over about 1 MB then it uses the full bandwidth but smaller files pull it down and I’d see as slow as KB/s speeds. So I’d have three or four files copying at the same time.

As well as just copying files to the new PC, I was cleaning up my old PC to sell it so I was either deleting stuff or moving it. Overall my total elapsed time was something like 28 hours over four days and evenings. Plus of course installing software (Visual Studio, VS Code, Android Studio, MS Office). It all takes time. Luckily I’ve been quite disciplined and kept all licences and serial numbers in an encrypted text file.

Then I discovered that my new PC’s video cards had different connectors. My old one had DVIs but this one I could only find an HDMI and 2 DisplayPorts. There was a DVI connector on the video card but the firm that did it put the card in the top slot and the DVI (2nd row) was covered up by a blanking plate! It’s a RTX 2060 card. I removed it and all was well. 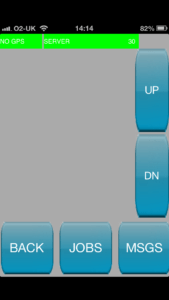