These are various game related tutorials in C, C++ and C#.

(Originally published on the now defunct on cplus.About.com)

This is a very rough guide to a learning C syllabus. It’s tailored to be practical and details steps, many of which correspond to C tutorials. I’ve also linked to the relevant tutorials and this provides a guide.  If you are going to follow this you should work your way through the tutorials in order.  As more tutorials are added, I’ll add the links in to the relevant bits which are shown in bold as place holders.

At this point you have the simple fundamentals of C programming but still have to learn pointers, text strings and of course SDL.

That’s mostly the C bit done but now comes the SDL library code. This is a media library that lets you use graphics and audio files in your program as well as exotic devices like joysticks and game pads. Most importantly it lets you write programs that can run at 60 frames per second or higher which is perfect for games.

The last bit is about games development.

How do I structure a game in C with SDL? This explains the concept of a game loop and making things to do to make a game that runs smoothly at 60 frames per second. 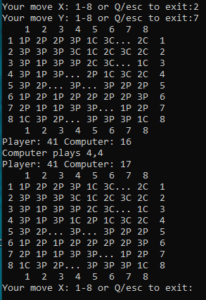 Onslaught (aka Slay for Linux)  Tutorials