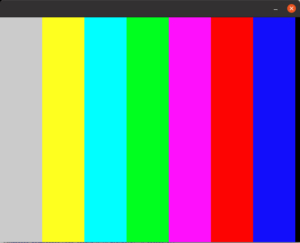 So after yesterday’s post I also installed Code::Blocks on Ubuntu 20.04 LTS, the recent six monthly Ubuntu release. Guess what, it’s a much newer version of Code::Blocks that looks slightly different and does include SDL2. Although the demo program it creates is C++ not C (That coloured bar picture is the demo).  I haven’t used it enough to see what’s different between this and version 16.01. 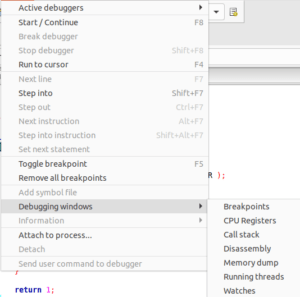 Code::Blocks is an alternative cross-platform open source IDE for C/C++ (and Fortran!). It doesn’t include a compiler but can work with most of them.  It’s also written in C++ (you’d never guess from the name!) and so is fast.

Installing is just a

When you install it, it looks for installed compilers and gives you the choice of which is the default.

When you create a project there are a few types and one that got me excited was SDL. It creates a skeletal project and it was only when compiling that I realised it was for SDL1, not 2.  It’s the nature of open source that things take time to remedy. So don’t bother with it.

Anyway I copied in my source files and clang objected because it couldn’t find the SDL2 files. The fix isn’t too difficult. In Code::Blocks, navigate to Project Build Options then in Compiler settings > Other compiler options add these lines

and in the Linker settings > Other linker options

After that it compiled and linked ok. The compiled code is in the bin/Debug folder. However to get Asteroids to run you need to copy in the images, sounds, and masks folders and the highscore.txt file. After that it runs fine, but note when you compile it seems to delete everything in the folder.

So overall it wasn’t a difficult thing to do and I’m going to install it on a Raspberry Pi and see how that goes. I’ve already got Visual Studio Code installed on it and working but having a second IDE (both using the same compiler) is no bad thing.