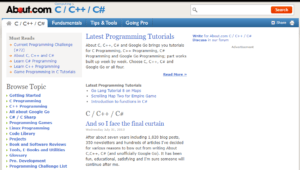 This page on a website called WikiZero has a long and very extensive list of games whose source code is available. That doesn’t always mean you can build the game. Many games are very old and in BASIC or assembly (.g. Elite is available in various forms).

It might have been created for a different platform or more likely the source code is available but the graphics and sound assets aren’t, unless you have bought the game, perhaps from sites like gog.com and so have them.

One thing to be aware of, many of the links on WikiZero go to the excellent wayback machine which is part of archive.org. This is under threat by some commercial publishers because they have lent ebooks during the Covid lockdown period without any limitation.  So if you are interested in anything I suggest you check it out sooner rather than later, just in case.

For instance here is the C source code for a TRS-80 game from 1979 called Paravia. It looks like a much expanded version of the Classic Computer game Hammurabi.  Note the wayback machine can take a few seconds to retrieve a webpage. They have a very large chunk of the web’s websites in there…