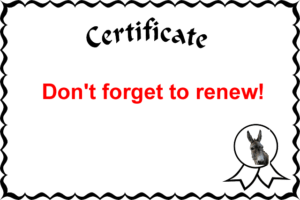 There’s a saying “Don’t assume- it makes an ass of U and me“, and I er fell foul of this a month ago. A couple of months ago I setup a cheap VPS. It was one of those that you pay every month. What I didn’t realise was you are explicitly meant to renew the hosting every month and they send you an email with a link. Of course what did I do?, I er forgot to renew it. Annoyingly, I’d installed Virtualmin, redirected a domain and bought a cheap SSL certificate. All lost.

Now I actually did something right and there’s a lesson here. When you setup a SSL certificate, you create a CSR (Certificate Signing Request) and a Private key. You upload the CSR, pay your money (£20 for four years) and get a certificate back. The hosting companies I’ve used provide a SCR creation facility and somewhere to paste the private key and certificate when you get it. Then you click a button and your website now has a working SSL. It couldn’t be easier. 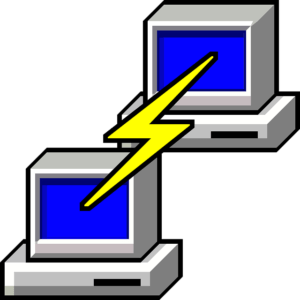