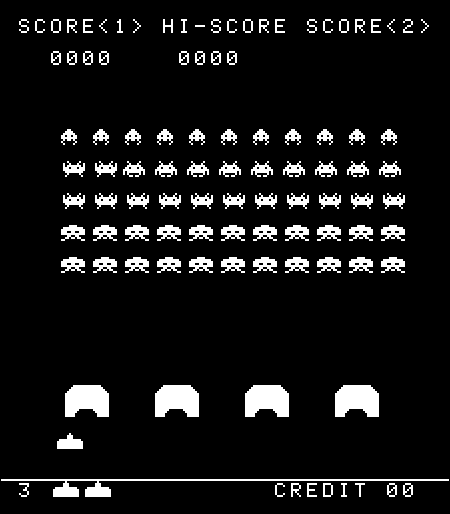 I was around when space invaders came out in the late 70s and played it a bit, although I preferred Galaxian, Gorf, Defender and Battle Zone (3D Tanks on the moon- vector graphics).

This project (catchily named si78) though is a memory accurate re-implementation of the 1978 arcade game Space Invaders in C.

To build and run this (on a Linux box) you’ll need to download the invaders ROM which is available in one of the Mame sets. The game is written in the subset of C99 that is compatible with C++, and uses no compiler extensions apart from attribute packed.