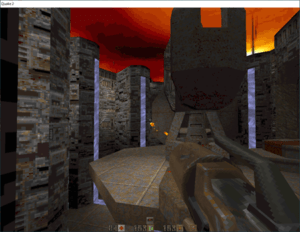 Oh I do play much newer games such as Far Cry 5 which I’ve completed recently but Quake II was a favourite of mine back in 1997 when I bought it. I’m more of a Quake than a Doom person. Unfortunately for me, my then PC couldn’t run it. It was only two years old as well.  But I got a new PC in 1998 and that played it just fine. I’m not saying I’m a saddo but I can play it through on the hardest level without losing a life.

The reason I mention it because of an article I came across that described the different ID Tech Game engines and the games made with each engine. All have been open sourced (Up to ID Tech 4). Quake II was written using the ID Tech 2 engine itself written in C and assembler.

For some reason the link to Quake II source code is wrong in that article but you can find it on GitHub. In one of 18 of ID Tech’s 18 repositories there.

If you are interested in downloading and trying to understand the Quake II source code, I strongly recommend you read Fabien Sangard’s walkthough of the code.