If you look back at the puzzle, you might think the for loop is a bit odd starting at -1 and that’s the snag. It exits the for loop immediately because -1 is actually more than 5. It’s a rather subtle bug. The type of d is obviously int, but the type of (TOTAL_ELEMENTS – 2) is unsigned int.

So what I believe is happening is the compiler is promoting d to an unsigned int which is 4294967295, and clearly that’s a bit larger than 5. To fix this just put (int) before the (TOTAL_ELEMENTS – 2) in the for loop and it will work.

The following C program doesn’t output anything. Why?

This came from this site by Gowri Kumar which has a lot more C puzzles. Answer in a day or two… 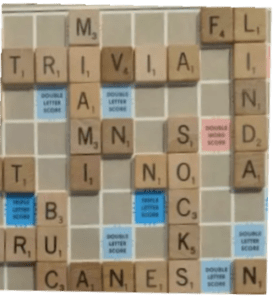 I also checked the OEIS (Online Encyclopaedia of Integer sequences) and it’s not in there either. Years ago I was fooled by a integer sequence that was the maximum number of electrons in orbital shells but its definitely not that.

Here’s a minor clue. It is game related. Answer in a day or two.