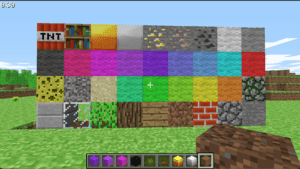 If you remember back in November I mentioned a Minecraft server that was written in C.  Well now there’s another one that has appeared. Just lIke the other one it uses SDL2 and OpenGL and includes full source code.  This one uses clang.

It’s cross-platform for Windows and Mac and there are two different binaries, one for creative mode and one for survival mode.

It’s still a work in progress and needs sound effects and music, saving and loading levels and multiplayer to complete it. If you are learning C and want to see how a game like this is programmed, download the source code from GitHub and start studying it. 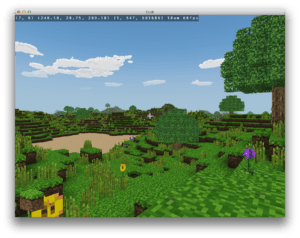 I’ve never really been a great fan of Minecraft, though it is a great and wildly successful game. My reason for mentioning it is that there’s a C open source version of it and it’s cross-platform as well on Windows, Mac and Linux.

It was developed seven years ago and has had the odd update since with the most recent earlier this year.

The developer (Michael Fogleman) has also provided an online server for it and has some Python in it to make that possible but 80% of the code is C. It uses OpenGl to draw the graphics; so if you want to write your own Minecraft clone, this is a good program to study. As usual I’ve added a link into the C Code Links page.