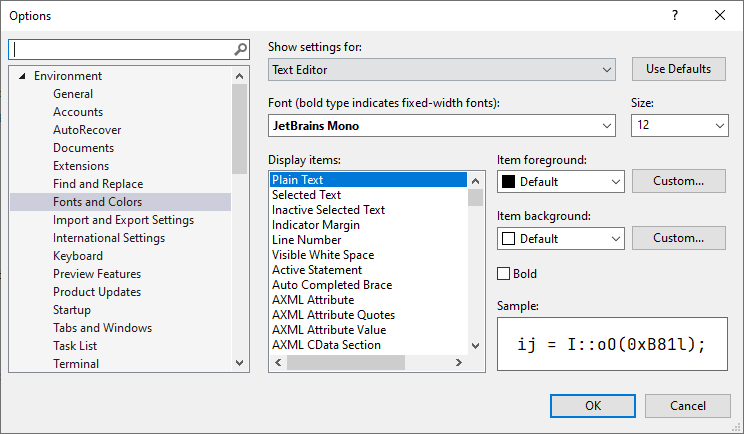 This is one of those subjective things. Do you use the default font in text editors or do you switch to a programmer’s font when the option is possible?

For example in Visual Studio, you can select any font you want. The Monotype fonts (i.e. fixed width) are shown bold.

JetBrains, the people behind the Resharper tool for C#, Intellij Idea (the editor used in Android studio) and the Kotlin programming language have given away a new programmers font.

After downloading the font zip file, open it and unzip the multiple versions of the font. There’s 14 variations (extralight, italic etc) and also web versions that you can use in a website. I just took the regular and installed it in Windows. If you Preview the font then you get the option to install it.

One interesting thing is that this font supports ligatures.  These are special characters that replace things like !=. Here’s what that looks like after installing this font.

Of course if you don’t like JetBrains Mono or want to try others programmer’s fonts, here’s an article with eleven listed.