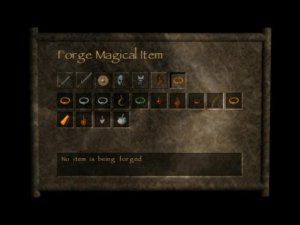 When I first started on the asteroids game, I did it as a set of tutorials on About.com. That was around 2011/2012 and back then I used SDL 1 which was all about surfaces not textures. When I picked up SDL coding again in 2018, it had progressed to SDL2 which uses textures.

But I found it much easier to read pixels from a surface than from a texture. Chapter 38 in my e-book has a mask utility. It loads the images from disk into a surface then reads the pixels and creates the masks from that. Masks are used in collision detection. I had previously thought you couldn’t read from a texture.

However after reading this article, which writes directly to the pixels in a texture, it makes me think that reading from them should be possible. I will give it a go just because I’ve not seen it done anywhere.

Picture is from the game Dominions, created with SDL.