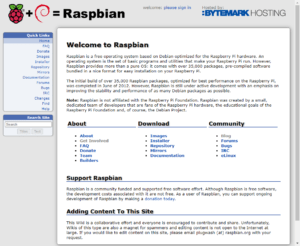 From now on, it seems the correct name is Raspberry Pi OS and no longer Raspbian. The change was announced at the bottom of this Raspberry Pi Foundation blog post. This has something to do with the fact that Raspbian is mainly 32-bit while the Raspberry Pi OS is both 32-bit and 64-bit though the latter is still at beta. You can read more about the recent changes to Raspberry Pi OS on this blog entry.