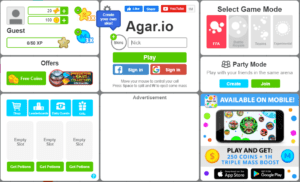 I occasionally answer (often in a somewhat ascerbic tone) questions on Quora.com, not just programming though that;’s the bulk of my answers.  Feel free to follow me there! One question today was asking whether it was better to deveIop IO games on Web or mobile first.

I’d never really looked at this category- what is an IO Game? Very loosely, its the replacement for Flash games, and unlike those, it can run on mobile or cross-platform. A typical development system for such games is Godot, an open source cross-platform development system. The main language is GDScript based loosely on Python but any programming languages that has GDNative bindings (so C++, C#, Rust, Nim, D and any others I don’t know about. ).

You get games like the multiplayer game agar.io which has an entry on Wikipedia and is cited as an example of an IO game.