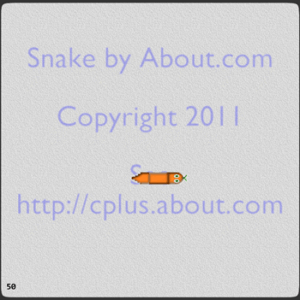 I’m a great fan of logging; it helps you find out what’s happening in a program even if you can’t debug it. Linux, well Ubuntu has a service (sorry Daemon!)  called rsyslog that logs messages from all sorts of processes and it’s quite easy to use in our programs as well.

If we don’t do the next steps all the log messages will go into a file called syslog in /var/log and as this gets a lot of stuff it can grow reasonably quickly. But if you do the following steps, all logged output will instead go into

From a terminal type the following command:

Type this in and then save it (click the Save button) and close gedit.

It should return immediately and means that any logging to syslog from a program called asteroids will from now on be redirected to /var/log/asteroids.log.

Using rsyslog in a C program

Here’s a short C Program that puts a message in the asteroids file.

In a typical program you’d put the openlog statement in main() near the start and the closelog() near the end of main, and uses as many syslog() calls throughout your program as you need.

Now what I suggest you do is open another terminal and run this command before you run your main program. This will just sit there printing out each message line as it appears in asteroids.log. You can stop tail by hitting ctrl-c.

H/T to this StackExchange answer from almost 8 years ago and answer by giuspen. 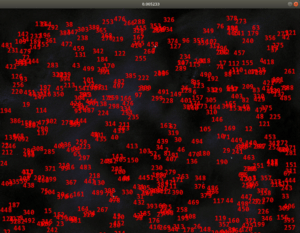 So my demo program runs fine when I run it from the terminal. It creates a SDL Window and blits lots of numbers, but if I try to start it in the debugger, it gets to this function and fails in the SDL_CreateWindowAndRenderer.

And in the Debug Console I can see two of these:

@”error: XDG_RUNTIME_DIR not set in the environment.\r\n”

followed by my error message InitSetup failed to create window.

I’ve looked online and there’s one or two mentions. Now possibly it might be because I’m running Ubuntu 18.04 LTS under Hyper-V Manager.  I’ll try this on a laptop where I’ve installed the same version of Ubuntu on and see if the same thing happens. 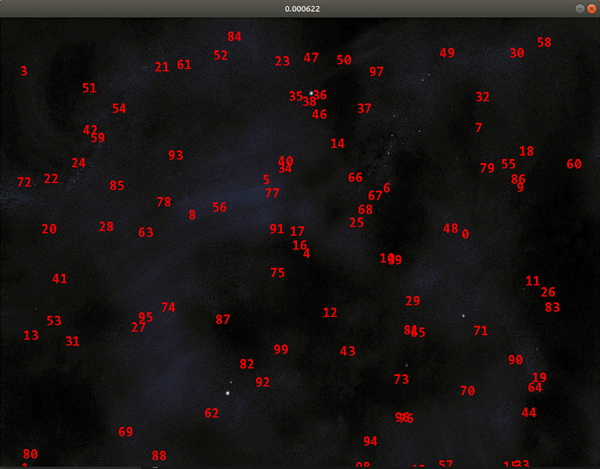 My Linux rewrite continues with progress as far as chapter 38.

This is the first Linux version of asteroids on the left and is a demo of the text writing routines and also loading images from files.

It;s drawing all digits from 0 to 99 at random locations on the screen every frame.

This is the routine that does that.

The most recent uploaded code version (chapter 37) lets you move the player’s ship around (press q, w or ctrl) , fire bullets (space bar), press a to see random asteroids rotating and moving round (and off) the screen. Press the b key to blow up a few asteroids with explosions and sounds. Enjoy!

Zipped up source code, graphics etc from the forthcoming Linux book can be downloaded from Github. 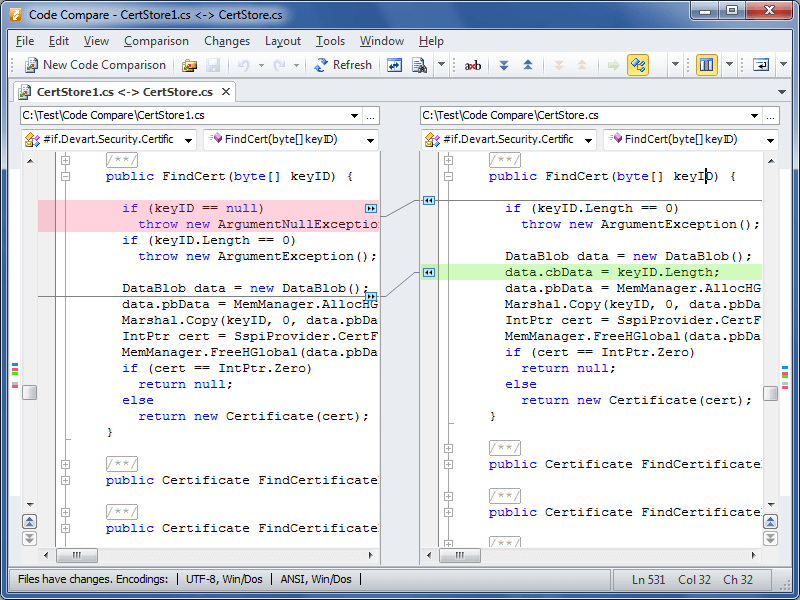 I’ve used diff and merge tools since the year dot. They let you compare two files and see on what lines they differ. You can also copy individual or blocks of lines from one to the other; that’s the merge. My all-time favourite was the commercial Araxis Merge which did a three way comparison and could be controlled by COM. I did this to compare two code bases.

Ten years earlier code for Base Metals (commodities trading) had been forked from Oil Trading software. There were ten years of changes to both sets of code and my job was to merge them back into one code base. I wrote a program to walk Araxis Merge through all folders of both code sets and out-put the differences, Then I could start merging where they differed. It still took about two months but I couldn’t have done it as quick without Araxis.

However most of us don’t have access to Enterprise tools, so here are two alternatives. The first is Devart’s Code Compare (that’s the image above) and the second is a free Extension for Visual Studio Code called Diff & Merge. I’ve added both to the Links to C utilities page.

The more I use Visual Studio Code, the more I like it and it is definitely one of the slickest pieces of software running on Linux. But I’ve found a few minor problem that are easily fixed so before I forget the fixes, here they are:

You copy a file in from somewhere but when you try to compile it you get: fatal error: UTF-16 (LE) byte order mark detected in ‘/home/david/Projects/Asteroids/asteroids.c’, but encoding is not supported.

Fixing this is quite easy; you just need to change the file type from UTF-16 to UTF-8. Visual Studio Code shows the file details at the bottom:

You want to save or copy the C/C++ JSON files

But you can only do it by copying and pasting when its in the editor. The problem is they are in a hidden folder under the main folder. Visual Studio Code’s C/C++ extension uses these to hold build, debug etc. configuration details. It’s handy saving them out with source files but a bit slow doing it individually via the editor.

Visual Studio Code uses the main folder (I call mine Projects) and the four JSON files are in ~/Projects/.vscode

On Linux any folder that starts with a . is hidden.

If you use File Explorer, you can tell it to show hidden folders and files by clicking the top button (highlighted) then ticking the Show Hidden Files box. The three folders that were hidden including .vscode are now visible and you can browse, view, copy files etc.

I thought it about time to add a list of curated C utilities such as compilers, IDES etc. So you’ll see that bar under the title now includes Links To C Utilities.

One of the included links is to Cheerp which is a C/C++ compiler that can output WebAssembly. One of my goals is to add a WebAssembly chapter to my first EBook, after the 2nd one on Linux is done.  I want to play my asteroids game in the browser.

I have used EmScriptem to do this but I’d like to see what other tools are available. 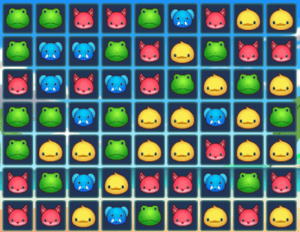 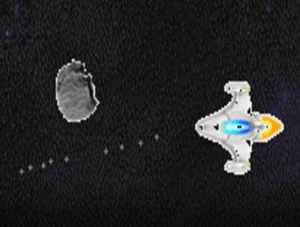 A function pointer is a pointer to a function, i.e. it’s a variable (a pointer) but instead of pointing to some data, it is assigned to a function. Most importantly, the compiler checks that the function you are assigning is compatible to that pointer. This is so, as I discussed earlier that when the function is executed, it correctly retrieves any parameters.

Here’s how you create a function pointer. Let’s start with a function that adds 1 to the input value.

This passes in x and returns an int. Let’s create a pointer to this function and this is the full program.

It’s as simple as that. The complicated bit is turning the function signature into the typedef. Start with the function name. Put it in brackets and add a * at the start, and make the name different to the function you are assigning. It’s a new type. So getValue becomes (*getValueFn).

Now add on the return type at the start int and the parameters at the end (int n), but throw away the name n, we only need the type and you get int (*getValueFn)(int);

Finally add typedef, cook for 30 microseconds and you’re done! In the line getValueFn f = &getValue
I’ve declared an instance of the type f and assigned to it the address of getValue. That gets called with a value f(1) and in this case returns 2.

It’s also good practice to check that the instance variable is not null before you call it.